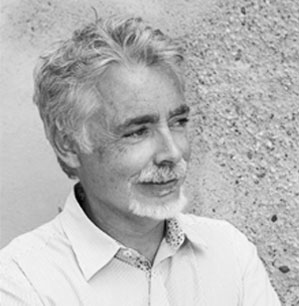 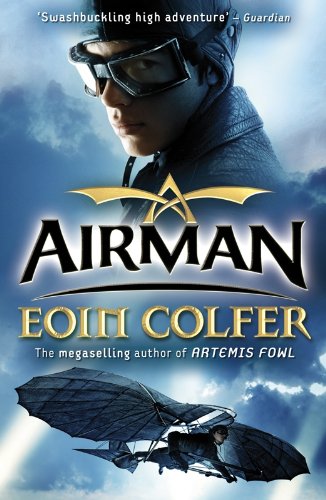 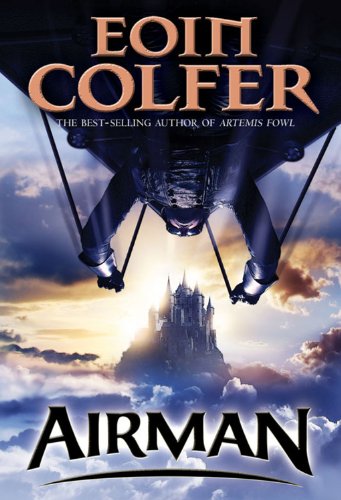 One dark night on the island of Great Saltee, fourteen-year-old Conor is framed for a terrible crime he didn’t commit. Thrown into prison by the dastardly Hugo Bonvilain, Conor is trapped in a seaswept dungeon and branded a traitor. He must escape and clear his name; he wants his old life back – his family, his friends . . . and his princess. Conor knows there is only one way out. It’s an impossible task, which has never been done before. But Conor is determined to do it. He’ll have to fly. Swashbuckling new fiction from the amazing Eoin Colfer, ideal for readers aged 11+. ​‘I have read all of the Artemis Fowl books and enjoyed them butAirman is so different, I never read anything quite like it and it is such a great read. It takes you on a roller coaster ride of a fast paced adventure, with the historic background of man’s desire to fly. I would recommend this book to any young reader’ – Thomas Howitt, aged 12 ‘An homage both to the 19th-century science fiction of H.G. Wells and Jules Verne, and to the superheroes of Marvel and DC comics, Colfer’s latest brims with boy appeal. Artemis Fowl fans will flock to this novel, and the polished, sophisticated storytelling here deserves an even wider audience than that bestseller. Conor Broekhart’s superpower is his brain, and he uses his smarts to fight tyranny. A tour de force.’ – Publishers Weekly ‘Stunning. Superb swashbuckling and ace adventure, should be absolutely massive!’ - Becky Stradwick, Senior Buyer, Borders ‘A swashbuckling Count of Monte Cristo-style adventure that should be eagerly snapped up by his ever-increasing army of fans’ – The Bookseller ‘Airman supplies ample ingredients for a sky soaring fantasy many readers would do well to delve into. Echoing the fasted paced fantasy of Kenneth Oppel’s Matt Cruise series, Eoin Colfer continues to delight in the consistent and genial form of Artemis Fowl’ – John Lloyd, Waterstone’s, Bath ‘Eoin Colfer said that this was the book he always wanted to write. I am very grateful that he did because it’s brilliant! Flying machines, criminals, martial arts, swordplay, princesses, evil villains - my idea of a perfect book. Great story and Eoin Colfer’s trademark gripping writing mean that I can’t rate it high enough!’ – Alex Beaumont, Waterstone’s, Hayward Heath